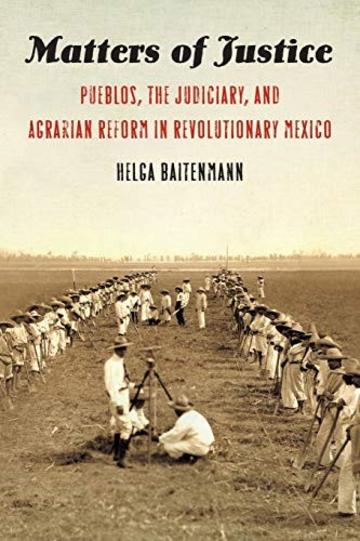 Helga Baitenmann is an associate fellow of the Centre for Latin American and Caribbean Studies, Institute of Modern Languages Research, University of London. She the coeditor of Decoding Gender: Law and Practice in Contemporary Mexico, and she has written extensively on agrarian and justice issues for, among other journals, Historia Mexicana and the Journal of Latin American Studies.

Timo Schaefer is a Postdoctoral Fellow in the Contemporary History and Public Policy of Mexico in the Latin American Centre and the History Faculty at the University of Oxford. His first book, Liberalism as Utopia: The Rise and Fall of Legal Rule in Post-Colonial Mexico, 1820-1900 (Cambridge University Press, 2017),   Liberalism as Utopia won the 2018 Social Science Best-Book Award from the Latin American Studies Association Mexico Section, and was awarded an honourable mention in the 2018 Best-Book Competition from the Latin American Studies Association Nineteenth-Century Section. Schaefer is currently working on an oral-history project on the culture of political militancy in Mexico during the second half of the twentieth century as well as on a panoramic exploration of the history of the Latin American utopian imagination.  Schaefer’s article “Growing Up Indio during the Mexican Miracle: Childhood, Race, and the Politics of Memory” is forthcoming with the Journal of Latin American Studies.