LAC History Seminar Series: The Aztecs – a round table 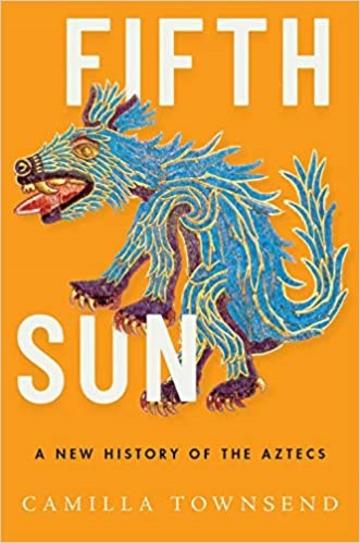 Please email administrator@lac.ox.ac.uk with your e-mail address so we can register you. The deadline to register is 19 November  at 12 noon

Camilla Townsend is Distinguished Professor of History at Rutgers University, New Jersey. She specializes in Nahuatl-language (or “Aztec”) sources. Her most recent book, Fifth Sun: A New History of The Aztecs (Oxford, 2019), shortlisted for the Cundill Prize, is the intellectual sibling of her previous book, Annals of Native America: How the Nahuas of Colonial Mexico Kept Their History Alive (Oxford, 2017), winner of the Beveridge Prize. The former recounts the history found in the Nahuatl-language historical annals, while the latter explores the creation of the sources themselves. Townsend’s research has been supported by fellowships from the American Philosophical Society, the National Endowment for the Humanities, and the John Simon Guggenheim Memorial Foundation.

Stefan Rinke Dr. phil., Dr. phil. habil., Catholic University of Eichstätt 1995 and 2004 is Professor of Latin American History at the Institute for Latin American Studies of the Freie Universität Berlin. He was president of AHILA from 2014 to 2017. In 2017 he was awarded the José Antonio Alzate Prize from the Academia Mexicana de Ciencias and CONACYT and in 2018 an honorary doctorate from the Universidad Nacional de San Martín. In 2013 he received an Einstein Research Fellowship. Since 2009 he has been the founder and chair of the first Mexican-German International Graduate School. Rinke was Visiting Professor at Tufts University, El Colegio de México and Pontificia Universidad Católica de Chile. His interests focus on Latin American history in a global context. His book on the Conquest of Mexico (Conquistadoren und Azteken: Cortés und die Eroberung Mexikos, Munich 2019) was recently published and will have an English translation by Oxford University Press in 2021.  He is currently preparing the first critical edition in German of the Codex Mendoza together with Federico Navarrete and Nino Vallen.

Timo Schaefer is a Postdoctoral Fellow in the Contemporary History and Public Policy of Mexico in the Latin American Centre and the History Faculty at the University of Oxford. His first book, Liberalism as Utopia: The Rise and Fall of Legal Rule in Post-Colonial Mexico, 1820-1900 (Cambridge University Press, 2017), described the formation of an uneven geography of legal rule in post-colonial Mexico, paying special attention to the legal culture of estate (hacienda) settlements, mestizo towns, and indigenous towns. Liberalism as Utopia won the 2018 Social Science Best-Book Award from the Latin American Studies Association Mexico Section, and the 2018 Best-Book Award from the Latin American Studies Association Nineteenth-Century Section (Honorable Mention). Schaefer is currently working on an oral-history project on the culture of political militancy in Mexico during the second half of the twentieth century, as well as on a panoramic exploration of the history of the Latin American utopian imagination.