Colombia’s 2016 peace agreement with the FARC guerrilla sought to end fifty years of war, and won President Juan Manuel Santos the Nobel Peace Prize. Yet Colombian society rejected it in a polarising referendum, amidst an emotive disinformation campaign. A renegotiated deal began to be implemented, albeit haunted by a legitimacy deficit. In this talk, political anthropologist Gwen Burnyeat presents her forthcoming book The Face of Peace (University of Chicago Press 2022). Based on ethnographic research with the Office of the High Commissioner for Peace, the government institution responsible for peace negotiations, which created a ‘peace pedagogy’ strategy, a world first in peace processes, to explain the agreement to Colombian society, she reveals the challenges officials experienced in representing the government to sceptical audiences and translating the peace process for public opinion. Through peace pedagogy, officials embodied the government, becoming the interface between state and citizens: the face of the Santos government. Burnyeat argues that Santos’ failure to mobilise society was the fatal flaw in the peace process. As in the UK’s Brexit referendum and the US Trump election, rational explanations were powerless against disinformation, because political views are shaped by emotions, culture, history and identity. The Face of Peace offers the Colombian case as a mirror to the global crisis of liberalism, shattering the fantasy of rationality which haunts liberal responses to ‘post-truth’ politics. 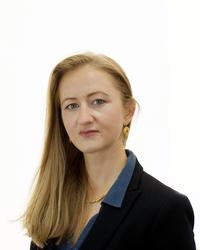 Gwen Burnyeat is a political anthropologist who has been working on peace and conflict in Colombia for over a decade as both an engaged scholar and peacebuilding practitioner, particularly on the recent peace process between the government and the FARC-EP guerrilla. She did a PhD in Social Anthropology at UCL as a Wolfson Scholar, and before that lectured in Political Anthropology at the National University of Colombia in Bogotá, where she also did an MPhil in Social Anthropology as a Leverhulme Study-Abroad Scholar. Her work spans anthropology of the state and of politics, peace and conflict studies, political theory, and Colombian history, ethnography and politics, and she is currently researching political polarisation in Colombia. Her first book, Chocolate, Politics and Peace-Building: An Ethnography of the Peace Community of San José de Apartadó, Colombia was published by Palgrave Macmillan in 2018 and is accompanied by her award-winning documentary, Chocolate of Peace (www.chocolatedepaz.com). She is a member of transnational peacebuilding organisation Rodeemos el Diálogo.