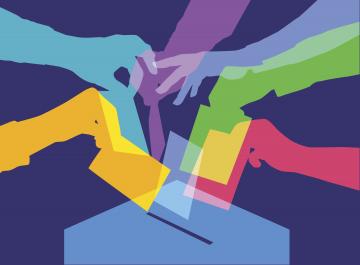 Carlos Malamud is Senior Analyst for Latin America at the Elcano Royal Institute, and Professor of Latin American History at the Universidad Nacional de Educación a Distancia (UNED), Madrid, Spain. He is a Corresponding Member of the National Academy of History of Argentina. He has been a Senior Associate Member (SAM) at St. Antony’s College, Oxford University, and visiting researcher at the Universidad de los Andes (Corona Chair), Colombia, and at Di Tella University in Buenos Aires. Between 1986 and 2002 he directed the Latin American programme of the Instituto Universitario Ortega y Gasset.

Oswaldo E. do Amaral is an assistant professor at the Department of Political Science and the director of the Public Opinion Studies Centre (Cesop) at the State University of Campinas (Unicamp), in Brazil. He is currently a Visiting Researcher at the Latin American Centre (LAC) at the University of Oxford. Between 2013 and 2017, he was co-coordinator of the Research Group on Political Parties and Party Systems of the Latin American Political Science Association (Alacip). He has published several books and articles about the Workers’ Party (PT), the Brazilian party system, party organization, and electoral behaviour.

Maryhen Jiménez is a PhD candidate in comparative politics at DPIR. Her research analyses opposition strategies in electoral authoritarian regimes (Mexico and Venezuela). She has done research in both countries and has been a visiting researcher at the politics department at Princeton University. She holds an MPhil in Latin American Studies from Oxford and a BA in Political Science from the Goethe University Frankfurt. She previously worked for the German development cooperation in Peru, the Inter-American Court of Human Rights in Costa Rica and the Americas Division of Human Rights Watch in Washington DC.

Carlos A. Pérez Ricart is Postdoctoral Fellow in the Contemporary History and Public Policy of Mexico at the University of Oxford.  He holds a PhD in Political Science and in Latin American Studies at the Freie Universität Berlin and has a degree in International Relations of El Colegio de México. His general research interests include the relationship between Mexico and the United States, security and organized crime, drug policies and state formation. His research has been published (or is forthcoming) in journals such as Foro Internacional, Global Governance, Kriminologisches Journal, Revista Colombiana de Sociología and Critical Reviews on Latin American Research. He recently coedited the book Después de Ayotzinapa: Crimen Organizado, Sociedad y Estado en México (2017, Tranvía Verlag).