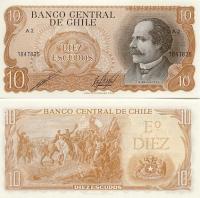 Matias Braun Professor of Economics and Finance at the Universidad Adolfo Ibáñez in Chile and Visiting Fellow at the Latin American Centre in Oxford.

He received his B.A. in Business and Economics in 1995 from Universidad Católica de Chile, and his M.A. and Ph.D. in Economics in 2003 from Harvard University.

Since 1999 Mr. Braun has done consulting and research for Harvard Business School, the Center for International Development at Harvard University, the National Bureau of Economic Research, and the Inter American Bank for Development. He has received awards and fellowships, including Harvard University Term-Time Research Award (2003), Bradley Fellowship (2002), Friends of U. Católica Business and Economics School Scholarship for Ph.D. Studies (1999), Raul Iver Award (best graduating student at U. Católica Business and Economics School) (1996), and Price-Waterhouse Award for Academic Excellence (1992).

He has published a number of articles in top academic journals, including the Journal of Finance, the Review of Financial Studies, and the World Bank Economic Review, and has been invited to many of the top U.S. universities and research institutions to present his work. He was formerly assistant professor at UCLA Anderson School of Management (2003-2006).